As it currently stands, this question is not a good fit for our Q&A format. We expect answers to be supported by facts, references, or expertise, but this question will likely solicit debate, arguments, polling, or extended discussion. If you feel that this question can be improved and possibly reopened, visit the help center for guidance.
Closed 10 years ago.

I’m considering either going 64-bit Windows (Dell i7 laptop) or getting an SSD. I can only get one. Things I run a lot:

What will have the biggest impact, the SSD or the 64-bittedness and RAM? 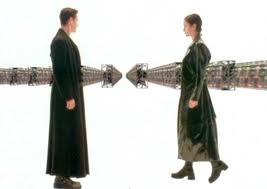 It’s fun to take an SSD and say “Look, I can boot in 7 seconds” but the RAM will give you more bang for your buck.

I can guarantee you that the RAM will be both cheaper, and last longer then the SSD. That, and it’s not a big deal to purchase an SSD in the future should you actually need it.

Since this came from Stack Overflow, I’ll assume that the data you work with is very important, and you can’t sustain a big data loss. If you go the SSD route, be aware that you can easily burn it out in less then a year, and possibly lose all of your data with it.

Obviously, backing up your data every day will mitigate this risk, but what you need to ask yourself is, do you really need the speedup? Could you not just get a SSD in the future should you decide that your HDD is too slow for your purposes? And for that matter, will you actually need or benefit from the extra RAM you want to get?

I’m sure you know by now the benefits and drawbacks to more RAM or a SSD – the decision is for you to make, not this community. The decision depends on your purposes. That being said, it’s not a one-way road if you choose one over the other. Computer parts are cheap, and getting cheaper every day. Keep in mind that you can always upgrade in the future.

Finally, since you’re even asking this question, I’ll give you my honest recommendation: don’t upgrade either. If you want more RAM in the future, or you want a faster storage device in the future, buy it when you need it, not before. Not only will it be cheaper (especially not purchasing it from a computer retailer), but you might not even find you need either for a little while.

I can not state how much faster an SSD is. It is purely amazing. An good SSD is so fast at random-access that under moderate swap, it will make the swap operation practically unnoticeable.

On my 3GB laptop where swap would kill the system with StarCraft II + Visual Studio open (over 80 pages/sec while switching), putting in the SSD made me able to run both and switch back and forth freely and I didn’t notice any swap. Of course, this depends on many factors including usage patterns.

Since an SSD is relatively expensive ($200+ USD for 100-120GB with a good controller) and 4GB-8GB of memory is relatively cheap ($30-$70?) there is likely no reason to only get the SSD. However, if it can be afforded, once using an SSD — there is no going back. It is a revolution. (There are, however, data concerns — SSDs like to fail fast, unlike HDDs which would often give warnings like the “tick of death”. Keep backups.)

These two are not mutually exclusive. You can get the SSD AND the Windows 64bit – Windows versions have the same price. And installing 64bit would allow you to add more memory later (just make sure your motherboard supports it).

As a general rule, an SSD will make things run faster. But if your memory is full, you’ll start paging a lot.

Price-wise, upgrading a laptop to 8GB just dropped to $50-70, I’d get both. A good SSD will set you back more.