I have a Windows 10 virtual machine running in VMWare Workstation 16 Player using bridged networking. My host OS is Ubuntu 20.04. It was using ethernet, but today I had to switch to WiFi. Now when I start the Windows 10 VM it has no network connectivity. There is no place to edit which host network adapter to use. Virtual Machine had a settings editor where you could change which host network adapter to use, but there’s nothing like that on WMWare Player 16.

I’ve also tried dropping and adding a Network Adapter in the VM Settings, but still no connectivity.

Is there a way to tell VMWare Player 16 which host network adapter I’m using? Without this my VM will not have any connectivity.

Open VMware Player so you can see the Windows 10 machine as one of the machines, but do not start it.

Click on the guest machine so it is current (but not running).

Network is one of the Settings. It will be set for Bridged Networking. Set it to NAT. This is a Network Setting, not an adapter setting.

Start the machine and it will have Internet.

Here is a screen shot from VMware Workstation. Player is close and the Bridged / NAT setup is the same. 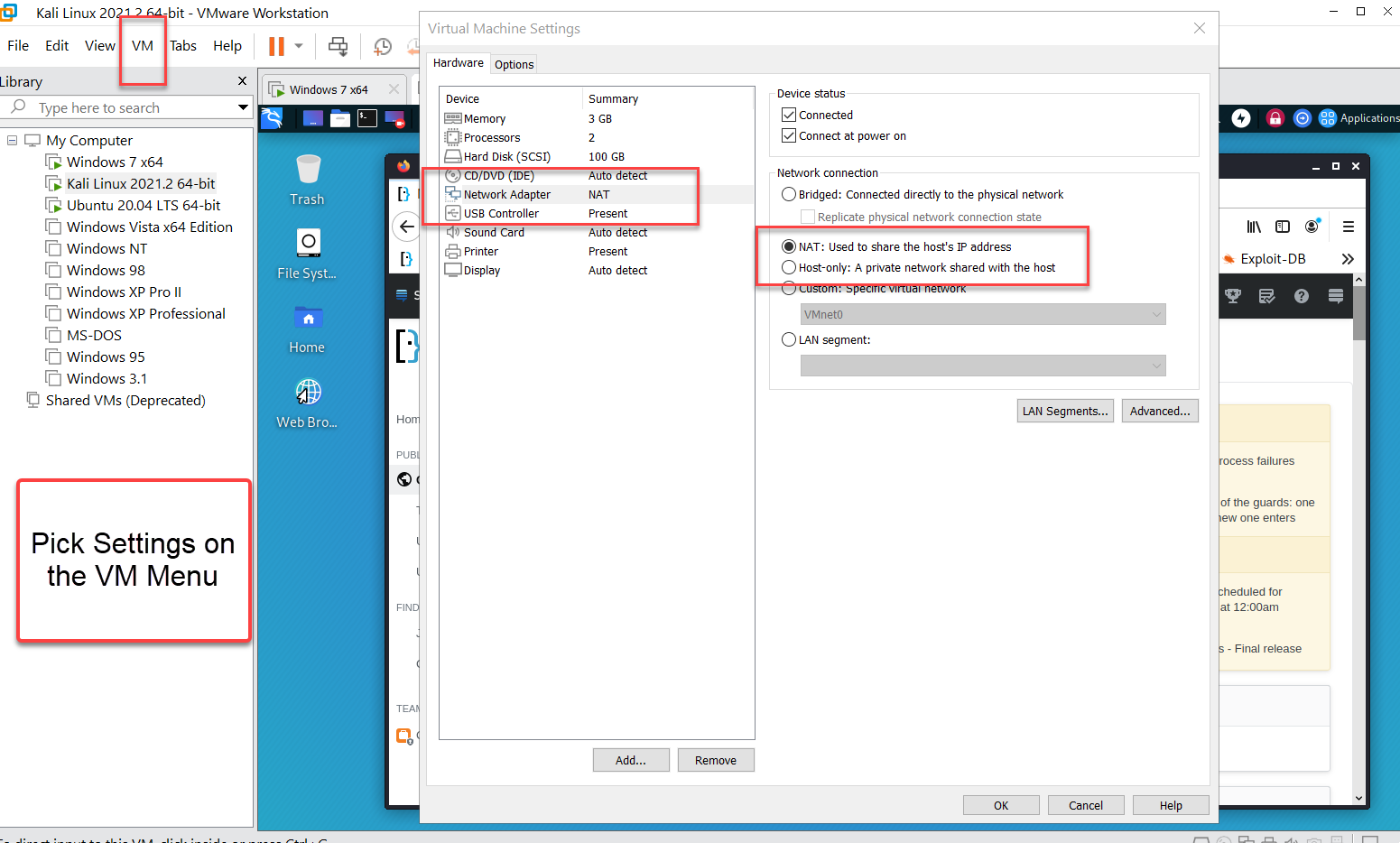 The problem resolved itself. I know that isn’t much of an answer. I switched back to ethernet on the host (after replacing my DSL modem – the ethernet ports on the old one died) and everything worked.