I have a Windows XP box (NTFS filesystem) on which I found a file named NUL. I have not been able to remove this file in any usual way. The file appears to be owned by Administrator in the SYSTEM group, unlike any other file in the same directory (the other files are owned by my user id).

How do I get rid of this file? Where did it come from?

in the command prompt.

See this Microsoft Support article for details: You cannot delete a file or a folder on an NTFS file system volume, under “Cause 5: The file name includes a reserved name in the Win32 name space”.

Alternatively if you have Cygwin installed, you may want to know, that it has no problem with such files or folders. Particularly,

I’m adding this here because it is high in the google results and I had a similar issue for a folder named NUL. Unfortunately the above fixes didnt help. Neither did a ton of other stuff I looked at.

I tried rmdir\?C:MyPathNUL and rmdir\.C:MyPathNUL without any success and also tried several commands using bash from my SourceTree installation. No joy.

In the end I used DIR /X /A from cmd to list the short names in the parent directory. This returned NUL~1 for my NUL folder.

This was then used in the standard command rmdir /s NUL~1 and finally fixed the problem.

If you have Git for Windows Installed do the following 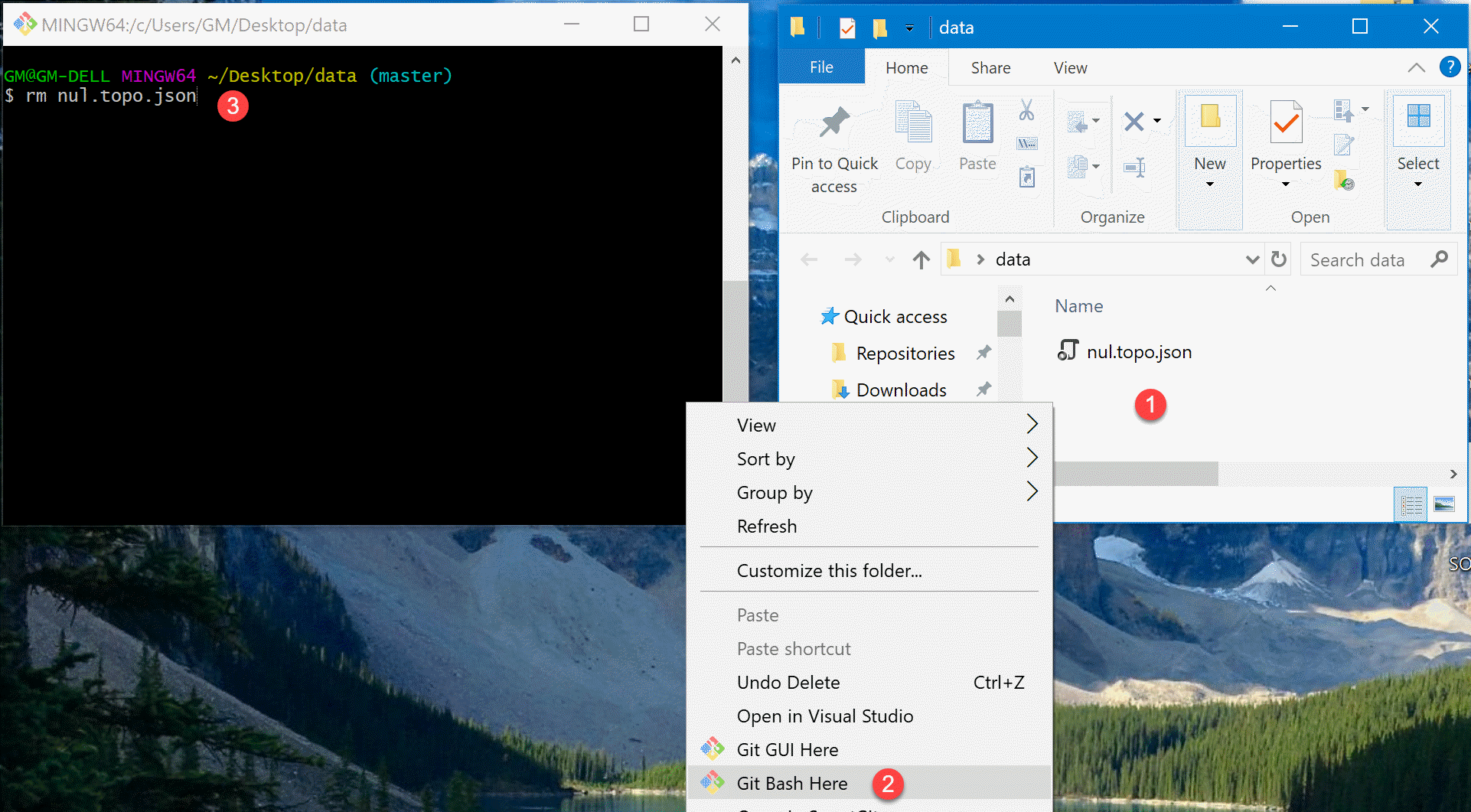 NOTE: These screenshots show the removal of file nul.topo.json which is another file that I could not removed with a simple delete.