here is the task as shown in windows’s task manager. 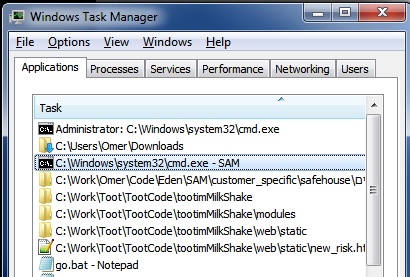 Yes there is, its cmd.exe taskkill can kill cmd.exe for you. If you need to be able to terminate it using a custom name, start the script using the start command, which allows you to give your program a unique title.

Lets assume you used MyApp Test as title by starting your script as follows:

Now you can kill your script using:

Alternatively, but a bit risky, you probably can kill the task directly using the following command:

EDIT:
As and31415 points out, the /f switch is not necessarily needed. It is used to force killing a task. This means that if a python script is no longer responding, the /f will still kill it, while without /f it might not. Try without and if it works, decide if you want to forcefully kill it or not.