I have a mouse that has 2 scroll wheels (Logitech MX Master 3) and I want the 2nd (horizontal) wheel to scroll horizontally in Chrome. What it does instead is navigates between the tabs. How can I rebind this?

I tried Logitech Options, but ironically it has no options for this. I also can’t seem to change this in Chrome either.

You can do this from the Logi Options control panel.
Click any of the white circles to see the definition pop-up.
Top right is a menu to toggle between All Apps or specific apps. [Empirically, it’s better to define your globals before specific apps, that way the globals carry over initially & you can then just tweak specifics to suit each app] 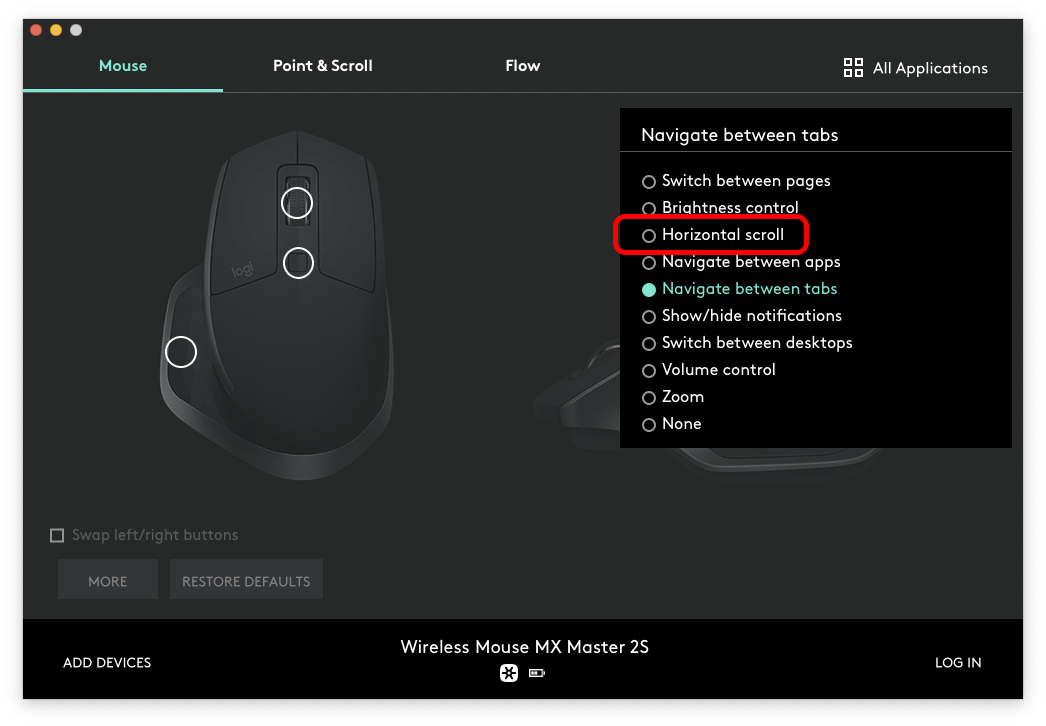