There are a lot of complaints in the Glarysoft General Feedback forum concerning Bootloop after latest update of Glary Utilities: BootDefragDriver.Sys and the…mmmh, how to stay polite…lapidary, disappointing answer of the “Head of Customer Support, Glarysoft”:

Please update to the latest version from www.glarysoft.com

Today it happened to me that I updated my Glary Utilities to the latest version and at the next boot I realized I had lost. The HDD LED went silent after a while and nothing more happened.

Rebooting in Safe Mode showed me that C:WindowsSystem32driversBootDefragDriver.sys is the culprit. This is extremly odd since I dectivated this feature previously but the update apparently activated it again without any further notice.

Using a Linux Live USB I realized that C:WindowsSystem32driversBootDefragDriver.sys wasn’t even there. Copying it from another system and re-booting didn’t help.

So, I checked the configuration of the other system and found two Registry keys:

These entries appear/disappear, as well as the aforementioned BootDefragDriver.sys, if you activate/deactivate Glary Utilities’ Boot Defrag/Optimization.

So, the next task was to edit the Registry from outside Windows. I remembered having used a Linux command line tool for this in the past but before I recalled its name to be able to search for it I stumbled across:

(The german download page mentions that it’s from 2016 and there are other alternatives that are recommended.)

This tool is GREAT! It starts a COW-based application that includes a Registry Utility amongst others (if you prefer shell one-liners, or mc, simply < Exit > it). 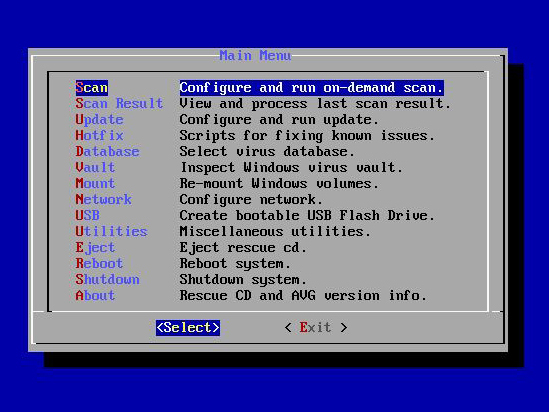 Be sure to run the USB version’s setup.exe as Administrator, otherwise the USB drive will not be bootable (though the setup says so at the end). You need an USB drive with at least 1.5 GiB free space.

Note: Apparently the Registry Utility is only able to work with the partition mounted first. If you happen to have more than one Windows partition, like me, and the one of interest isn’t mounted as the first, exit the tool and perform, for example:

Restart the tool with arl (it tells you so at exiting).

BE EXTREMLY(!) CAREFUL when selecting the keys to be removed with arl‘s Registry Utility. When you select < Remove > and hit Enter, it’s done! There is NO CONFIRMATION OF ANY KIND and NO UNDO.

After removing the aforementioned keys in all ControlSets:

Next steps are to invoice Glarysoft with the $ 1,000 I lost spending an entire day with this and to remove it from every system I get hands on in the future and never install it anywhere again.

Please leave a comment below if the link to arl doesn’t work again as it happened in the past.