From a live USB I got the following results from a hard drive benchmark tool : 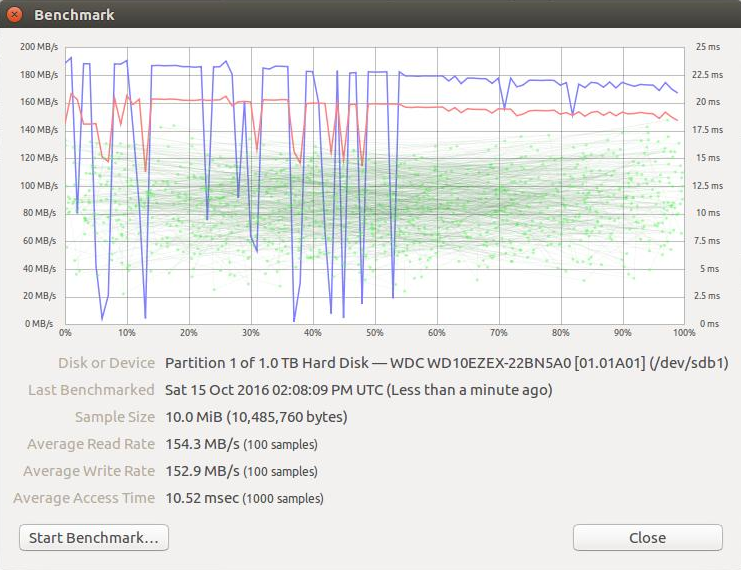 The original problems seem to have appeared after I got many system crashes and forced reboots (mistakes using Blender). I don’t know if that’s possible but I would think these repeated have damaged the part of the drive giving these fluctuating performances.

It’s a good thing that you’ve tested the HDD with our tool and since it’s saying that the drive is healthy.

However, I’ve noticed a couple of bad sectors detected (the C5 – Current Pending Sectors count in the RAW S.M.A.R.T. values) which could be causing these benchmarks, but it’s not a reason of concern at the moment, like the DLG tool confirmed.

With that said, you can keep using the drive IMO, but also make a regular backups of your data on another location and keep an eye for any increase of this parameter in particular. In case such an increase occur, feel free to contact our support so a RMA could be arrange if the hard disk is still under warranty.

Hope this helps and best of luck!