I have an HP desktop which was working properly until the following happens:

It loaded normally as shown in the image showing the Windows logo with the loading dots.
The the screen turns black and only the mouse cursor is shown.

Sometimes if I wait for couple of hours it works fine but sometimes it never runs.

I tried to do the ctrl alt delete but never worked.

I tried enter the safe mode directly on startup by clicking F1 but nothing happened.

I have the data on disk D but the main government software is on C. 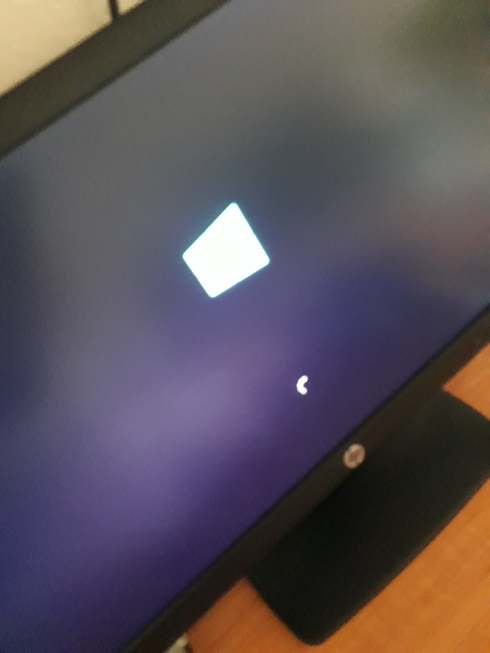 What should I do to fix it?

I think your greater issue here is your Bios not working.

This should enable you to see the hard drive on a 2nd windows environment and copy your data off. Or at the very least diagnose it,read it’s smart attributes and run a chckdisk.

Now that’s out of the way, turn your attention to your Bios.

It is quite possible that your system disk has encountered a catastrophic error,
which might even be related to a hardware problem.

If you manage to boot, you should immediately check:

Depending on the results of these tests, you will need to decide if to replace
your disk.

If the disk behaves itself for some time, you might take a system image of
your disk using a product such as
AOMEI Backupper Freeware
and restore it on the new disk using its boot media.
This will save re-installing Windows from scratch.
For more information see the article
How to Clone Hard Drive to SSD.

If booting is not possible, then your options are much reduced:

If any of the above two methods works, your first action should be to
check the disk’s S.M.A.R.T. data.

I happened with me too.
I did the following.
1, I turned off the laptop, took out the battery for around 1 hour and then put it back and hopefully it worked.
Reinstalling the OS also works. hope this helps 🙂 XOXO.