I am getting the error:

Node Sass does not yet support your current environment: Linux 64-bit with Unsupported runtime (57)

I have tried deleting node_modules folder and re-running npm install after running npm cache clean. I have tried the highly recommended npm rebuild node-sass. But, to no avail.

Attaching screenshot of the error. Any help/solution would be highly appreciated. 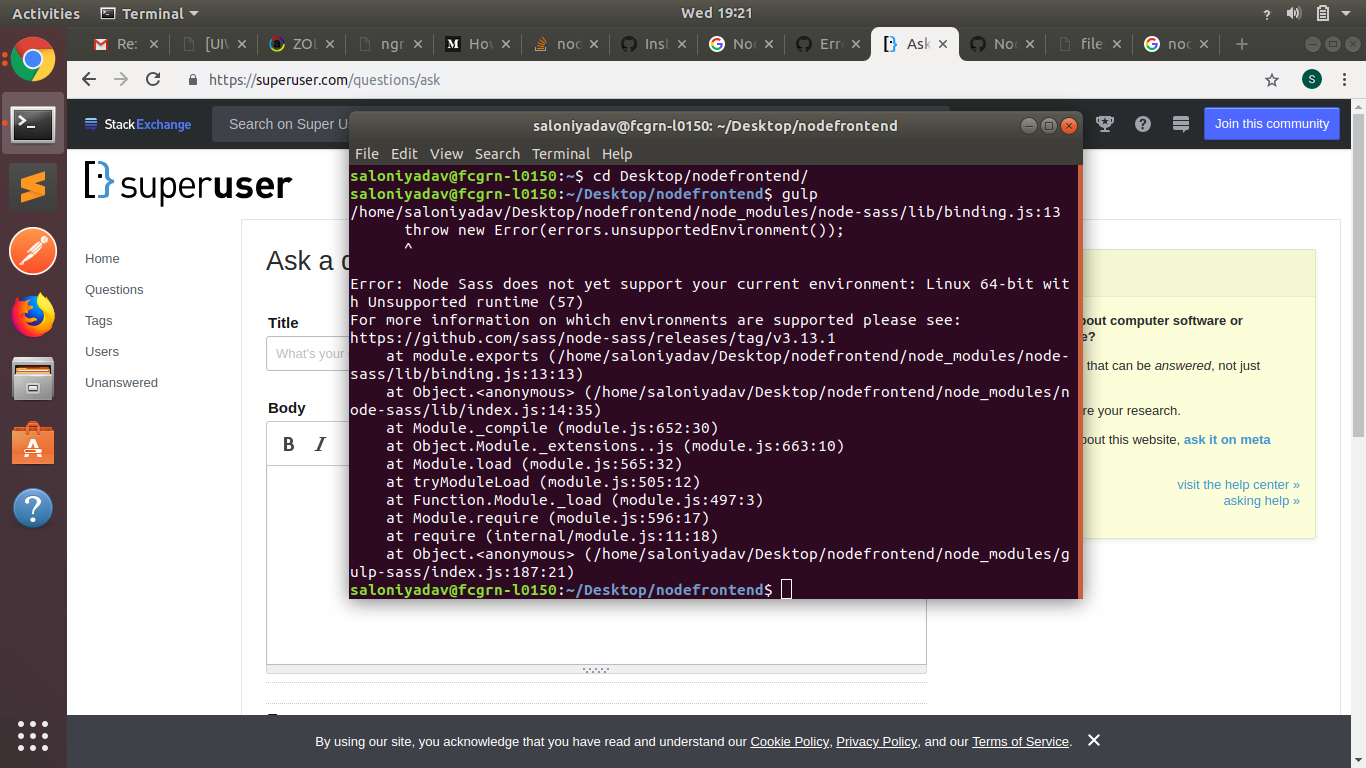 If you are using node 10 you will have to update node-sass this way:

You can find additional information about this issue here:

I know it’s an old issue, but I have a different solution than the ones posted here.

I started to face this issue when I updated my npm to the latest version in my Ubuntu 18.04.

So, I rebuilt the node-sass package using the following command:

And then, the things worked as expected again.

I was only able to fix this error after upgrading GCC (g++) version to the latests 7.3.1 instead of my previously installed 4.8.5.

So just upgrade it and then you could rebuild it without any errors with node rebuild node-sass as mentioned in another answer.