I have two computers on which I want to share files using windows sharing options. I would like to add a permission for a user from another machine, but I can’t because Windows doesn’t let me find it.

For instance, I would like to share the folder “Shared” on “Alex-HP” with the user “Alex” on the “Second-machine”.

When I try to change the permissions, then Add “Second-machineAlex”, it’s not found. So I press Locations to locate the other machine but it never shows up (and yes it’s plugged in, on the same network and accessible from “Alex-HP”). 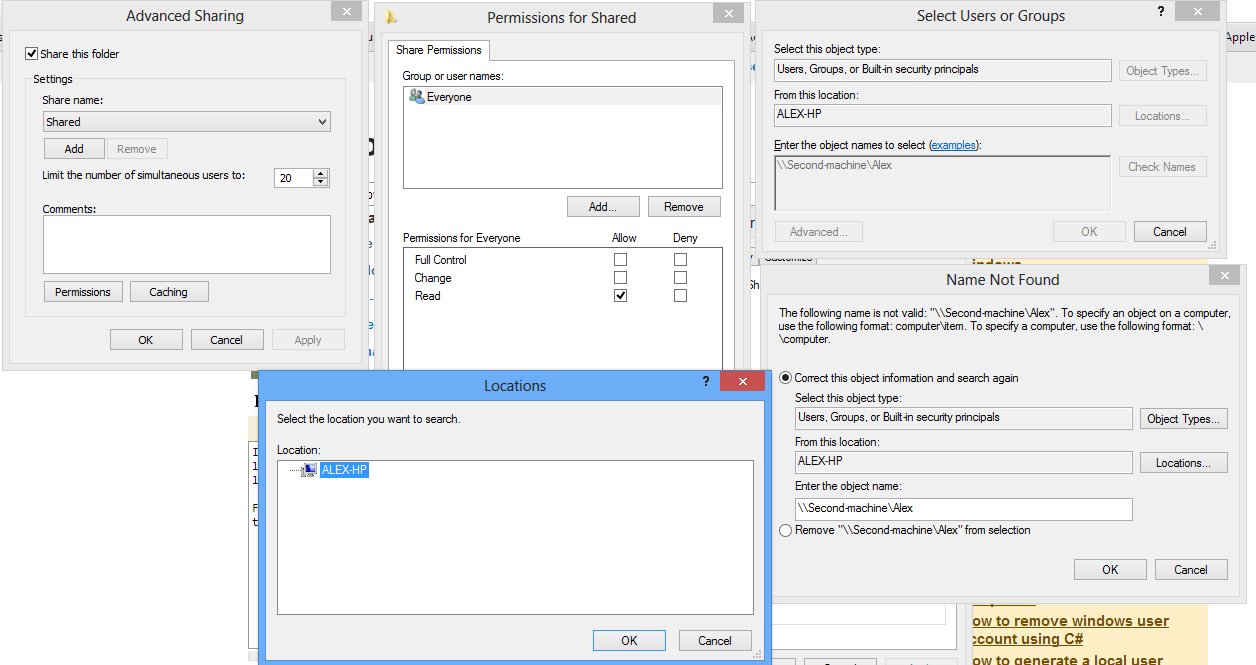 I guess that I have to set something on “Second-machine” to make the user available on the network, but I don’t know what and I can’t find it on google. My second guess is that I simply can’t and I would need a network session on a Windows server or something like that…

Unless the computers are on a Windows Domain, you will have to create an identical account on each of the two computers: same UserID, and same password. Then, add the account with appropriate permissions to the folder you want to share.

To access the shared folder from the other computer, an typical way is to map a drive letter to it. For instance, in Windows Exploder, go to Tools–> Map Network Drive, then follow the usual drive mapping instructions as indicated in the popup.