I’m trying to setup a Debian Hurd test machine to duplicate a privately reported issue on the platform. According to the README.txt:

To give Debian GNU/Hurd a try, it is probably easier to simply run the
preinstalled image, which is provided here:

It can also be run in virtualbox, by first converting to VDI format :

According to GNU Hurd | VirtualBox | Installation on the Debian wiki, this could be caused by a SATA controller rather than and IDE controller. Unfortunately, the selection for a new IDE controller is greyed out, and there is no apparent way to add one (SATA is available).

Why am I receiving the error, and how can I fix it? 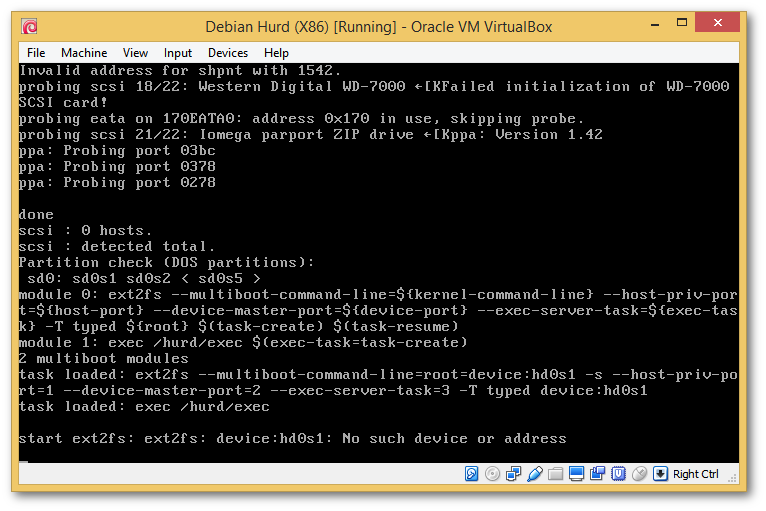 Try selecting “Other” and “other” on the iirc in the 2 drop-down box selections. I’m running VBox 5.1.12. I specifically did not select Linux, because I don’t know what assumptions VBox makes for optimization for Linux.

This can be fixed by turning off the virtual machine, going to Machine settings, Storage – removing the downloaded vdi from “Controller: SATA”, and adding it instead to the IDE controller, at “Controller: IDE”. Then the system will find the hard drive in the correct place.