I have a laptop + external screen multi-mon setup running windows 8.

When I open the start-screen in the laptop, it only shows 5 tile icons high whereas when I open the start-screen on the monitor, it shows 6 tile icons on the vertical. This is extremely counter intuitive to me. As you can see in the screen cap below, it appears that the OS realises something about the physical dimensions or pixel density of the screen as well as the pixel ratio and scales the tiles based on that. (Showing more information on the screen with less vertical pixels) 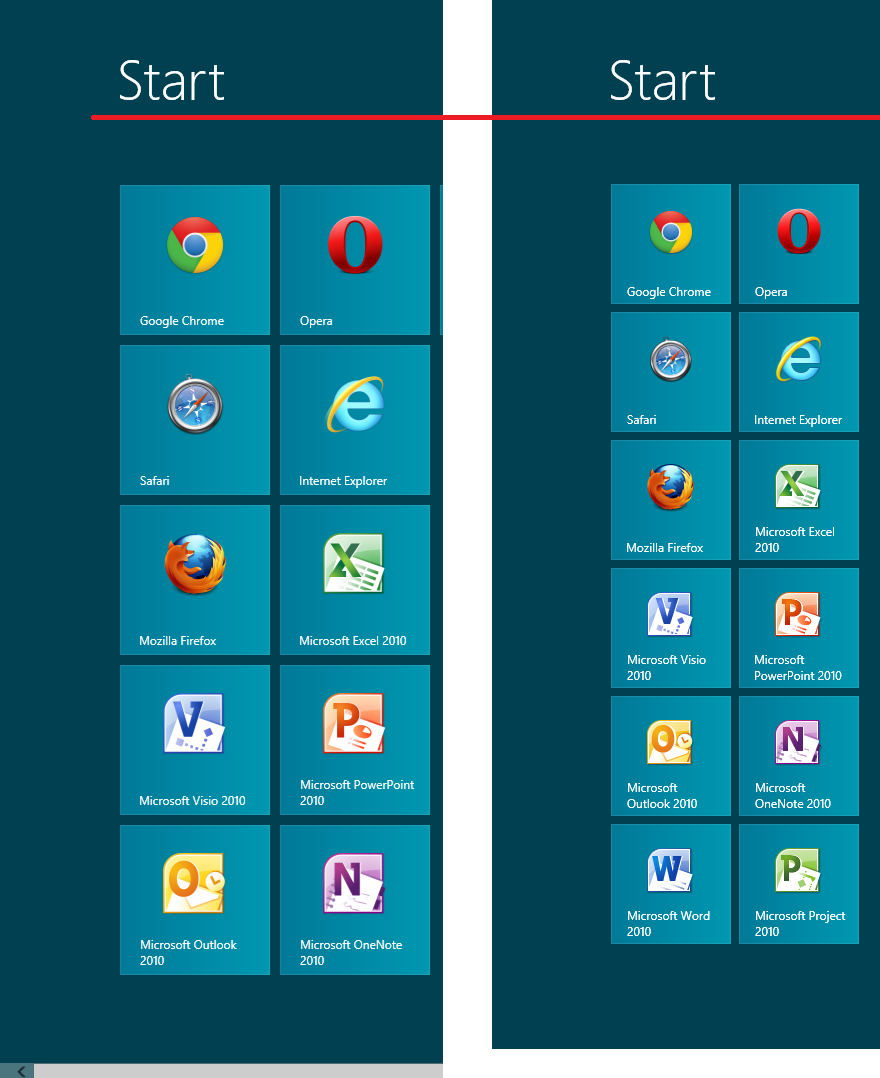 I believe this is explained in the Microsoft article Scaling to different screens,
section “Different pixel densities” :

Basically, the pixel density is the number of pixels in a physical
area. This is commonly described as dots per inch, or DPI. As the
pixel density increases, the physical size of fixed pixels decreases.

As the pixel density increases, the physical size of objects on screen
gets smaller. If Windows wasn’t built to accommodate different pixel
densities, objects on screen would be too small to easily tap or read
on these tablets.

As you have noted in your post, the laptop has higher pixel density.
Windows 8 then probably applies the 140% rule and so only has enough screen real-estate
for 5 rows. The monitor, having a lower pixel density, apparently displays at 100%.