I have a new Kangaroo Mini PC (with dock) and wanted to use an SSD attached via the dock for Windows (instead of the built-in eMMC). I used TrueImage to clone the eMMC drive (with Windows 10) to the SSD.

When booting up on the SSD, it comes up with an INACCESSIBLE_BOOT_DEVICE error. Just after cloning, it let’s me choose safe mode, and Windows does start up in safe mode.

However, it will not boot without safe mode. I tried several things using the command line recovery tool:

bootrec /FixBoot (these were intially returning “the system cannot find the file specified”, until I made some changes with bcdedit

assigning the drive letters to C: and U: (for the fat32 partiton) via diskpart

changing the partitions to C: and U: via bcdedit

I couldn’t delete C:BootBcd as some posts suggests, since I do not have a C:Boot directory

Does anyone have any idea how to fix this? The fact that it loads via safe mode suggests that there isn’t any hardware issue. Could it be a driver issue?

All partitions from the original drive were copied. Here are screenshot of the volumes and EFI folder: 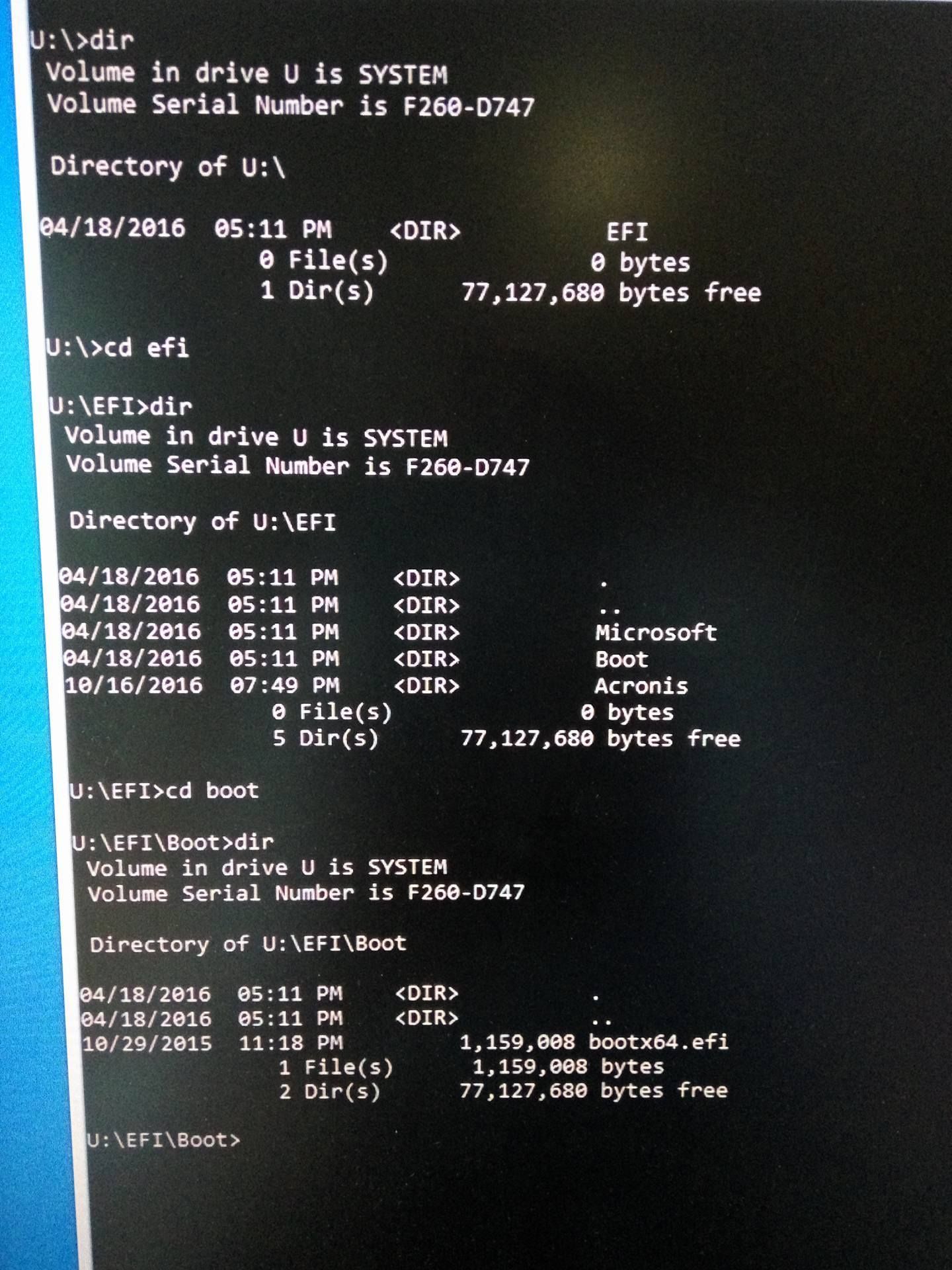 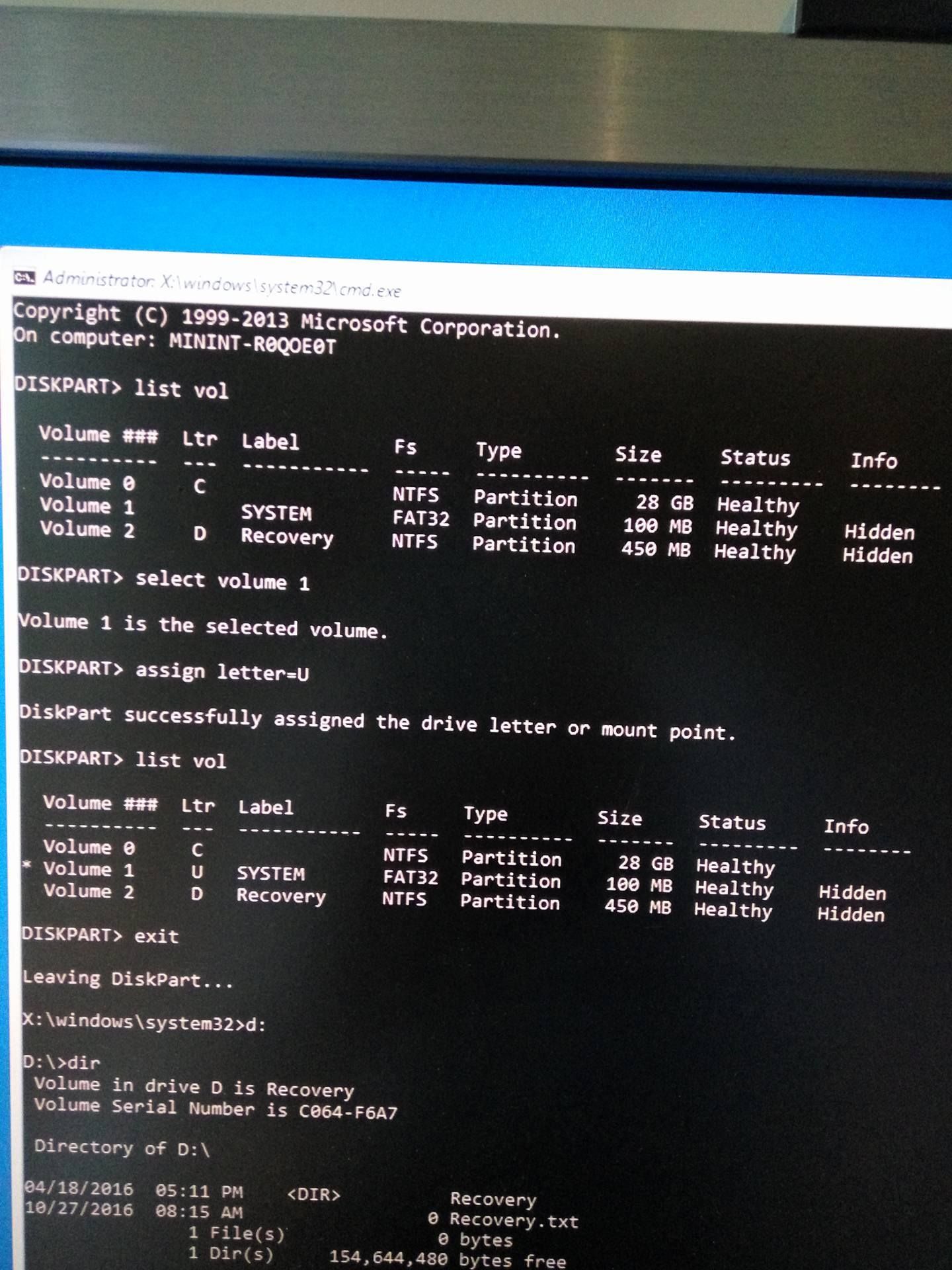 I managed to get this to work by using the Restore Windows option in the Windows Recovery menu.