I have installed Ubuntu 11.10 x64 onto a 500GB SATA (Seagate Barracuda ES.2) drive.
I have downloaded Windows 8 Developer preview x64 onto a USB stick and I can’t install it on a NTFS partition I created in Ubuntu with GParted.
The error says that Windows cannot be installed onto the partition because the partition is GPT.
My motherbaord is an Asus P8Z68-V LE and it supports UEFI, but i have no idea whether this is enabled.
Gparted shows me this: 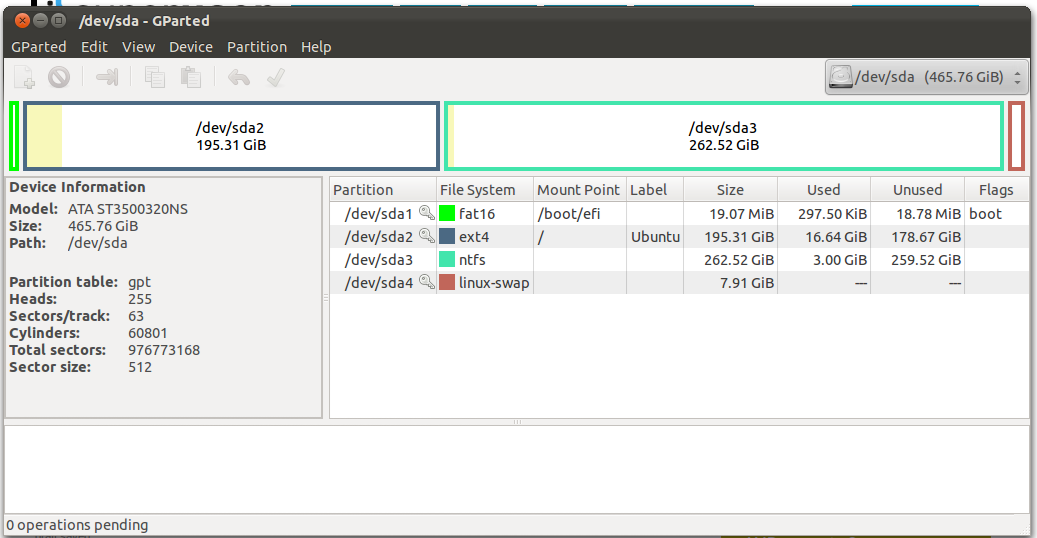 How can I determine whether Windows 8 is using UEFI?

Can I install Windows without wiping the entire HDD?

Windows Vista and 7, and presumably 8, only support installing to a GPT disk when the installer is booted using UEFI rather than BIOS emulation. This is a configuration setting in your “BIOS” (really a misnomer on a UEFI system).

Consult your motherboard’s manual to find out how to boot from the install media without using BIOS emulation. (And make sure your install media actually supports booting that way — IIRC, it should contain a directory called EFI, containing a file named bootx64.efi.